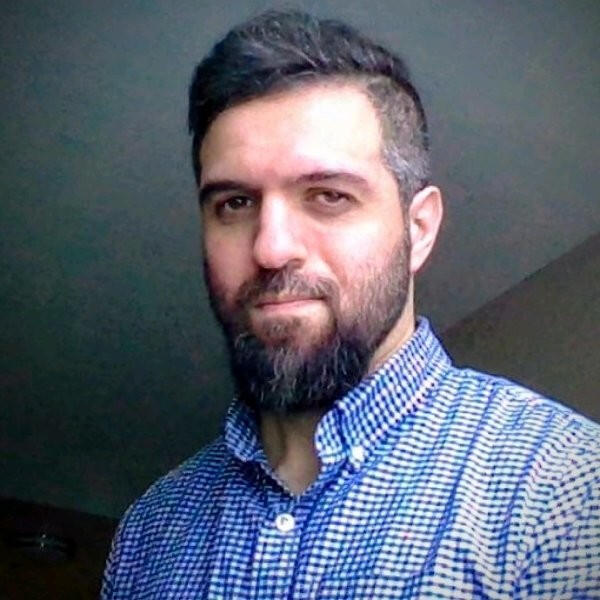 He is the first & former CTO of the fintech Koho Financial. Was Principal Software Engineer & Architect at Electronic Arts (EA). Is one of the 4 original senior members of Hootsuite's engineering team. And had technology he created purchased by Microsoft and later sold to Facebook.

Charles has created more than a dozen startups — some of these startups are now well known names, and valued close to $1 billion — others ended up being sold to the largest well known — top 100 — companies in the world.

He was an early pioneer in the online advertising space, having (co-) created the world's first online ad network. A confluence of software engineering, artificial intelligence (AI), and business skills. He later went on to create ad networks for some of the largest companies in the U.S. and Canada.

Later Charles applied those same skills to (co-) create one of the most technologically advanced credit bureaus in the world.

Charles also (co-) created Canada's first modern mobile online-first (neo-) bank; and in doing so created (at the time) one of the most advanced banking and financial technologies in existence.

He also (co-) created some the Internet's core technology — which is now used billions of people across the world.

And has been very active in the tech scene in Vancouver, British Columbia since the year 2000. And has some "public figure" status in Vancouver's tech scene.

He co-authored (the software development engineers' textbook) "The Mono Handbook", and contributed to Mono (software).

And he was part of the early vlogging community, where he created the open source VideoPress vlogging software, which later became part of the Show in a Box project.

Charles has been in Tech for about ¼ of a century.

The first job Charles ever had was as a Math tutor, This was a job he created for himself, working as a freelance Math tutor. And later working for one of the universities, where he taught math, chemistry, and physics.

His first more traditional job in the software industry was at iFusion Communications as a Software Engineer & Project Manager.

In 2002 he founded his 3rd company, the consulting company Reptile Consulting & Services, where he took on the role of Director of Technology, and Chief Executive Officer (CEO).

He became Principal Software Engineer and System Architect of online advertising network BidClix in 2004; and stayed through the Accipiter and aQuantive acquisitions. This technology was later acquired by Microsoft due to their purchase of aQuantive and is now owned by Facebook.

Charles also consulted as a Senior Software Engineer & Senior System Architect for a number years, creating technology for the real estate industry at Move's Top Producer, the oil and gas industry at Navarik, and others.

He also created an Internet TV show & vlog, where he operated as Executive Producer.

In 2008 he founded 49 Research (with Radoslav Gazo), where he became Director of Engineering & Product Development. Later he become 49 Research's Chief Executive Officer (CEO).

In 2011 he joined HootSuite (while Hootsuite was still a startup), and was 1 of the 4 senior members of the original HootSuite engineering team. While there, Charles engineered & architected a very large amount of Hootsuite's technology, as well as provided technology & product leadership. Today Hootsuite has a staff of over 1,000 employees, has 13 locations (including Vancouver, Toronto, Bucharest, and Mexico City), has more than 16 million users in over 175 countries, and is valued close to $1 billion.

Charles later joined Trulioo, where he headed the day-to-day engineering, data science, and product activities. At Trulioo he worked on creating technology & products for the credit industry & identity industry.

In 2018 he founded Railtown Ventures, a search lab, incubator, and accelerator based in Vancouver, where he first operated as Managing Director, and then as General Partner, and then as Executive Chairman.

While with Railtown Ventures:….

He founded SparkScience in 2018, and took on the role of Chairman & Chief Executive Officer (CEO). . A video technology company focused on privacy, security, and video e-commerce.

In 2018 he founded CompSci Acamdey, and took on the role of Chairman & Chief Executive Officer (CEO). A school where students learn to code from master software developers, industry experts, and computer scientists.

And also, in 2018, he became a member of the board of directors, and Chief Technology Officer (CTO) of Modus Workflow. Modus' focus is on modernizing, and improving the construction industry through technology.

He became an Advisor for Oraan. A FinTech company focused on helping people with their savings.

In 2019 Charles joined the Board of Directors of the OpenWorm Foundation. An international open source project dedicated to creating the first virtual organism in a computer — a simulation of caenorhabditis elegans (c. elegans) at the cellular, and atomic level. The project sits at the intersection of computational neuroscience, artifical general intelligence, and artificial life.

In 2020 he founded Heatscore, and took on the role of Chairman & Chief Executive Officer (CEO). A company that designs & creates collectible toys — made for adult collectors.

Charles started off in mathematics. Moved to computer science. Professionally worked many many years doing software engineering and system architecture. And later discovered that some of that professional work was data science.

Charles has a deep interest in evolutionary and behavioral sciences. As well as population genetics and ancient DNA (aDNA) used to reveal (previously) latent human history.

Charles has a long involvement with what is now being called the Decentralized Web or Distributed Web. Although back in the mid- 1990 when he first got involved it more commonly called Peer-To-Peer Computing, Peer-To-Peer Networking, or The Peer-To-Peer Web.

Charles has also been Product Manager and an Executive Producer.

Non-technical management roles he has had include Executive Chairman, Member of the Board of Directors, and Chief Executive Officer (CEO).

Charles has been very active in the tech scene in Vancouver, British Columbia since 2000.

And has some "public figure" status in Vancouver's tech scene.

Charles is best known, in Vancouver, for being the founder and an organizer of the machine learning and data science meetups (in Vancouver).

For being the Chief Technology Officer (CTO) of Koho Financial.

For being one of the four original senior members of Hootsuite's engineering team who created the original Hootsuite technology.

For being a Principal Software Engineer & Architect at the Electronic Arts (EA) campus near Vancouver.

For having technology he created being purchased by Microsoft and later sold to Facebook.

And for being active on the Vancouver tech community chat rooms that exists for software developers, data scientists, and other technologists in Vancouver.

He has also been mentioned and featured in BetaKit, and the Daily Hive (formly known as the VanCity Buzz).

And a number of the startups & companies he was involved in creating have received national and even worldwide attention.

He has also been invited as a judge on a number of technology, artificial intelligence, and blockchain hackathons.

And has given talks or been part of panels, in front of large audiences, both in Vancouver, and elsewhere in the world.

Although most of his education was self-taught (and thus informal). This includes his Computer Science and Software Engineering education. As well as his eduction on his interests outside his career.

Charles has been an active meetup organizer since 2012.

Charles is also co-organizer for the vancouver R user group.

He also organizes the evolution and behavior meetup group, which focuses on behavioral sciences.

Charles has been involved with developing open source software since 1996.

Some of his early open source work was in the area of video & audio — using software to help create various forms of art.

In 2002 to 2003 Charles contributed as Software Engineer on Mono, an open source implementation of Microsoft's .NET Framework based on the ECMA standards for C# and the Common Language Runtime, by contributing to the development of the GTK+ and GNOME .NET bindings.

In 2007 to 2008, he helped build an open source solution for Internet TV, video blogs, vlogging, and video podcastings by taking on the role of Lead Software Engineer of the Show in a Box project.

In 2009 to 2011 Charles took on the role of Senior System Architect on SkinnyMVC, an open source, light-weight, easy to learn, "skinny" MVC development framework for PHP.

Charles started authoring open content in 1997 to 2000 when he volunteered as Editor on Netscape's (and now AOL Time Warner's) Open Directory Project.

In 2003 Charles Co-Authored "The Mono Handbook", a guide to the Mono runtime, related tools, and libraries developed by the Mono team, by writing the GTK#, GNOME# and Rsvg# chapters.

In 2005 to 2010 Charles contributed to the creation of HTML5, through the Web Hypertext Application Technology Working Group (WHATWG) whose focus was primarily on the development of HTML and APIs needed for Web applications, including HTML5.

Among other things, he was part of the effort to bring video to the Web. Today, this exists as the HTML <video> element.

Although some of the work Charles has done was under NDA (and haven't been disclosed), some of the industries he has done work in include (in alphabetical order):

He is also no stranger to HTML, JavaScript, and CSS too, since the Web has become a ubiquitous frontend platform, for desktop, tablet, and mobile development.

Charles had an active interest in programming language design.

In the mid- to late 1990s and early 2000s, Charles spend some of his time writing compilers, writing JITers, writing interpreters, and designing virtual machines (VMs).

And still, from time to time, engages in creating programming languages.

In particular, these algorithms were solving what is known as the "multi-armed bandit problem". These types of reinforcement learning algorithms get called "bandit algorithms".

Related to his interests in machine learning and artificial intelligence, Charles also has an interest in artificial life (ALife).

Charles has a deep interest in evolutionary and behavioral sciences.

With these he largely has an amateur self-taught background. Although he is a member of the Human Behavior and Evolution Society (HBES), and has attended their annual conference.

Charles also organizes the "Evolution and Behavior" reading group, which focuses on these topics, and has been active since its founding in 2013.

At one time, Charles was active in the genetic genealogy community.

After having his DNA genotyped by 23andMe and later by FamilyTreeDNA, he explored his family genealogy through genetics.

He also helped others investigate their genealogy through genetics.

Related to his interest in genetic genealogy, Charles has also had a long time interest in population genetics and ancient DNA (aDNA).

And in particular, the use of ancient DNA (aDNA) and population genetics to reveal (previously) latent human history.

Also within the realm of genetics, Charles also has an interest in synthetic biology. 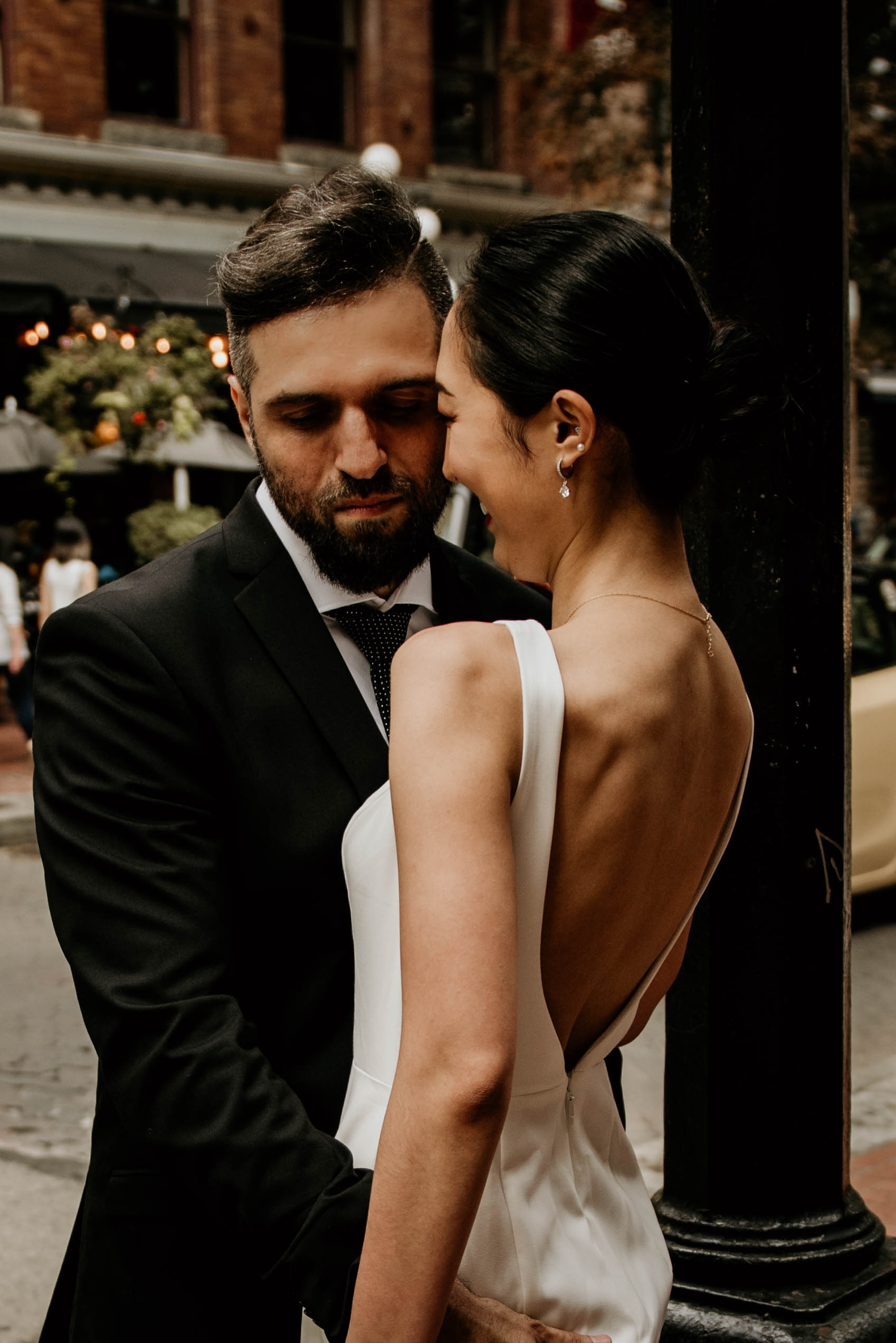 Charles has mostly resided in Metro Vancouver — on the west coast of Canada. Although twice — once as a child, and once as a teenager — he resided in the Dallas Metroplex (in the southern U.S.) in Texas, due to his father's work as a telecommunications engineer.

Charles started formally training in martial arts at a very young age. He continued training, as well as competing in tournaments, for about 20 years. His training included: shōtōkan karate, judo, jujutsu, tae kwon do, and Greco-Roman wrestling.

Charles was attracted to mathematics, and various sciences from a very young age. He formally pursued these interests when he attended university.

Charles is a self-taught programmer. But later formerly studied programming at university as part of his formal computer science education.

Today Charles, his wife, and his children reside in Metro Vancouver — on the west coast of Canada.

Function and Method Overloading in Golang

The Scorpion and the Turtle

A Big 5 Personality Test, With Scoring

What is Semantic HTML